In a recent webinar I tried to explain the Blockchain technology behind Bitcoin and other so called crypto currencies. I likened it to a group conversation on the WhatsApp platform. I’ve recently discovered that you can reply directly to a thread or individual post by selecting that post and hitting reply. Then the first few lines of the original post are included in my reply. So now there is no doubt who it is I am agreeing with or berating.

In the world of crypto currencies this means that every transaction can be seen by everyone in the system and they all have a record of it. Actually, that’s not quite true. In reality they can only see one half of the transaction, the payment of some crypto currency into another account. They don’t see or record the corresponding transfer of a service or product that the crypto transactions is paying for. Personally, I can foresee a lot of great and interesting uses for this technology. However, just as with a WhatsApp group chat participants can still lie, abuse someone or commit other distasteful acts even if it is seen and recorded by everyone else. In the same way the blockchain technology does not stop fraud or deception, it does means we have an account name and number of the perpetrators. The offshore banking system and tax havens have shown us how easy it is to control accounts that cannot be traced to the real owner, and look how many people have false Facebook and Twitter accounts for whatever reasons.

What is noticeable is that although Bitcoin et al have all been introduced as mediums of exchange/currencies, the hype as been about the huge increases in the value of these digital coins. It’s quite obvious that a lot of manipulation has been involved in this, though admittedly the price jumps have been huge. My repeated advice to date has been to get in and get out quickly if you desperately want to get in on the act. Once you buy and the price increases significantly, then liquidate (if that terminology applies in this case) your digital currency ASAP. One of the reasons for this is that nobody seems to be doing it. As with all investments when cashing them in it throws up all sorts of delays and charges that may drastically reduce what you receive. In fact even if people are buying your brand of crypto currency there is no guarantee they’ll actually buy it from you or that it can be done quickly. Bothe the cost and process of selling  are usually more complicated and costly than anticipated. Unfortunately, in this instance my advice has gone largely unheeded until very recently.

There have been a spectacular amount of bank runs and collapses over the years, dozens just since 2000. At the end of the day, the only thing giving our pounds, dollars, euros and yen value is are willingness to accept them and the authority of the different governments that impose them, insisting they are officially accepted by everyone in the land as payment for goods and services. You can’t refuse to accept £s in the UK or $s in America. Other than that they are at best bits of printed paper and now also simple computer digits and ledger balances. The demise of the banks and the collapse of the currencies is endemic to the system. It can be delayed but not avoided.  However, by the time that does happen the bankers will inevitably be holding almost everything of real value anyway, namely land, real estate, gold, silver and other tangible assets. Anything digital will revert to zero. The paper will at least be good for starting fires and perhaps wiping one’s rear end.

In terms of new currencies, the only thing revolutionary at the moment is the move to  re-introduce of gold and silver. Of course there will always certainly be room for bartering. By this I mean I swap a chicken for a massage, or an old  bicycle for some wood. However, this needs to be backed up by a medium exchange or currency that is physical, valuable in its own right, desirable and portable. Gold has always been perfect for this, with silver for everyday items and often copper for small change. More on this another time. Paypal. Bitcoin and other services are just one more layer that puts us even more in danger.

The fact that Bitcoin and others have adopted terms like mining and use pictures that look like a gold coin is a clear indication that they want to evoke a correlation between gold and crypto currencies that simply is non-existent. It’s certainly sinister, even if not criminal.

In case you’re wondering, yes I am involved in re-establishing gold and silver as accepted currency. To this end I’ve been involved in, and responsible for the minting and distribution of specific gold and silver coins for several years. This has included organising and supporting events where these coins have been used widely as a medium of exchange. Also, through the Ayn Gold brand we have been a regular supplier of not just coins but also gold and silver bullion bars.

Updates on this and related issues are usually included in our DMC Update and Ayn Gold News regular newsletter. Please subscribe below to stay in the loop. 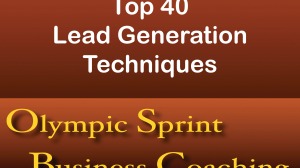 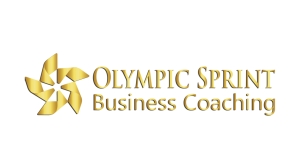 September 15, 2016 by (Hajj) Amal Abdalhakim-Douglas - 0 comments
< Previous Next >
+ Add your own event Eventbrite
The Consultant's View Blog
Blog at WordPress.com.